We are introducing a new category – word of the month. Every month, ASAP’s Coordinator Suchitra Dalvie will write about one word that resurfaces in our daily lives. This month, it is stigma. Here’s what she has to say:

Stigma:  A Greek word that in its origins referred to a type of marking or tattoo that was cut or burned into the skin of criminals, slaves, or traitors in order to visibly identify them as blemished or morally polluted persons. These individuals were to be avoided or shunned, particularly in public places.

(Not to be confused with stigmata — which are good.  If you are planning to apply for sainthood, that is. Curious? Read more!) 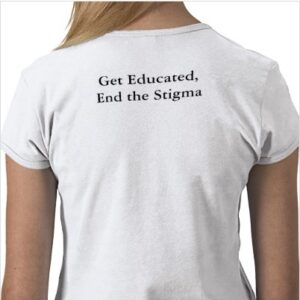 So, back to stigma or rather social stigma, which is where the shunning manifests.  Social stigma can occur in many different forms. Common examples are those caused by the colour of one’s skin (in its extreme form leading to racism and apartheid), gender (where women or trans people are given a lower social status in law and daily customs), diseases (such as HIV where physical contact is avoided and affected children are pulled out of schools etc).

People, old and young who have been stigmatized feel as though they are transforming from a whole person to a tainted one. They feel different and devalued by others, including often by their own families. Such persons often suffer from depression, low self worth and self harming behaviours. This manifests often as self enforced ‘shunning’ whereby such persons do not speak up, or speak out or share personal stories. 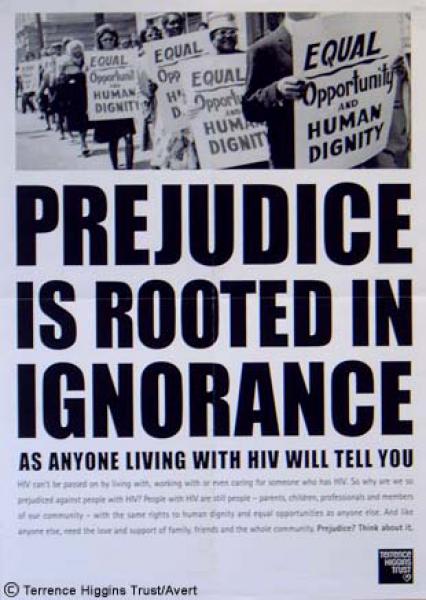 Stigma engenders stereotypes, (if you have HIV you must be a promiscuous and have loose morals, or in a different way—if you are gay, you must be having HIV, if you are an unmarried woman with short hair you must be lesbian etc), and with such labelling comes the loss of status, and quick on its heels—discrimination.

If discrimination merely involved calling people names, it would still be something people could learn to handle. Unfortunately, it often spirals beyond insults into acts of violence, putting not only the individuals but also his or her allies and family members in danger.  The stark truth is that discrimination can lead to death. Racism, homophobia, anti-choice –we are all aware of the number of people who have died due to this. And will continue to die, unless we speak up, speak out and eliminate the stigma by normalizing the difference.

We need data, we need stories, we need the mainstream and other media to make it clear that these are variation of the normal and not ‘deviants’. We need to ensure social acceptance by challenging the stigma. We need to refute biased reports which increase prejudice.

As the ever wise Yoda has said “Ignorance leads to fear leads to anger, anger leads to hate.”

So, how is abortion stigma articulated ?[2],[3] Words are thrown at women ––un-maternal, bad mother/woman, against feminine ideals, against the culture, dirty, unhealthy, promiscuous, irresponsible, dishonorable, murderer.

Abortion stigma is complex, multi layered, affects both the women and the providers. Some research is being carried out into developing a stigma scale and then creating community based interventions. This is all great news !

( Want to read more ? See what the Abortioneers and RH Reality Check have to say!  And we say, like charity, ending discrimination begins at home ! Speak up, speak out and be heard !

Suchitra Dalvie is the Coordinator for the Asia Safe Abortion Partnership and a Steering Committee Member for CommonHealth. She is a strong believer in women's rights to safe abortion and has worked in promoting the cause for over 10 years. She is also a practicing Gynecologist.