This month The CAREducation Trust invited us to write a blog for their Women’s Day series. We thank them for the opportunity and are happy to repost the blog here to share with our readers. You can read the original blog here. 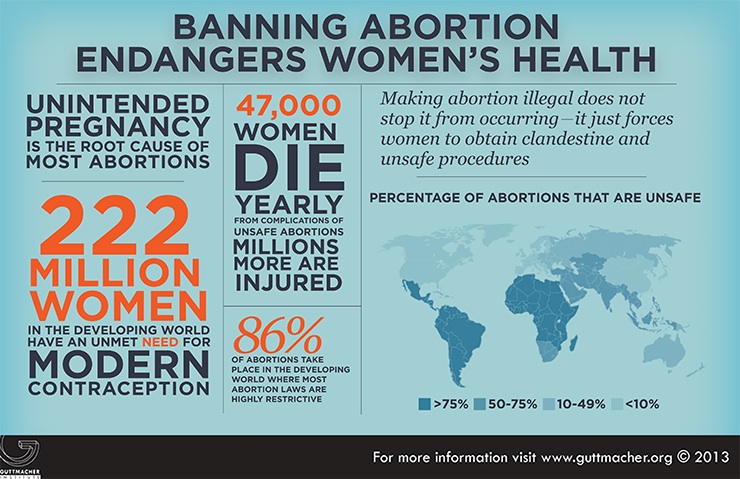 Unplanned pregnancies are more common than one might realise. The Guttmacher Institute estimates that globally 4 out of 10 pregnancies are unplanned, and at least half of them end in an abortion. Unfortunately, not all these abortions are safe. In Asia alone, 28 million women seek abortion every year, and at least a third of them have no access to safe abortion. Recent studies show that 2 out 5 women forced to have an unsafe abortion are less than 25 years old. Complications and deaths from septic abortions can be devastating for women’s families, particularly their children. Very often women who survive these complications and deaths are also forced to feel guilty for their abortion.

Women deserve better. They deserve the right to decide the outcome of their pregnancies without having to endanger their lives or feel guilty for it; to have legal, affordable, safe abortions that are free of stigma; and to be free from patriarchal assumptions about motherhood, their gender and sexuality. But this is easier said than done, because these misconceptions and traditional values are so deeply ingrained that often women themselves do not recognise the loss of control or the lack of basic rights. Many women are unable to fight for their rights because of the lack of information, political and economic support.

But if patriarchal notions can be propagated by the lack of accurate information, education can accord women the power to fight for their rights. Perhaps this is why, women have been historically denied the right to learn and educate themselves. Fortunately, the burden of this disempowerment is not invisible anymore and global mechanisms for economic development, including the MDGs (Millenium Development Goals), recognise the need to empower women through education. And a step in that direction might just be what women need to recognise their basic rights including their right to safe abortion.

One of the biggest barriers to safe abortion is the lack of information about the abortion law of the country they live in. Even learning to read or write can help women seek accurate information about abortion in their vicinity, and go to a clinic in time for a safe termination. They can spread accurate information and make access easier for women in their community. A higher education will qualify women for paid work and grant them the financial ability they need to make decisions about the outcome of their pregnancies.

Additionally, an education will help women understand and dismantle patriarchal constraints on their lives. Education increases awareness and opportunities, helping women delay their marriages, reduce the risk of early pregnancies and prevent unwanted pregnancies. Education also allows women to become more comfortable about choosing to terminate a pregnancy without feeling guilty for it. A long-term study in the US showed that the more educated a woman is, the more likely she is to support liberal laws that recognize safe abortion as a right.

Education in its broadest sense also helps a community come together to support and understand women’s right to autonomy. While education is seen as a means to a secure financial future, it’s potential in instigating change needs to be identified. If legal and medical education went beyond books to address attitudes to choices like abortion and stigma, doctors, lawyers, policy makers and others who act as gatekeepers of abortion services are more likely to make liberal interpretations of the existing laws and help women seeking abortion. If key stakeholders are made aware of the implications of unplanned pregnancies on the lives of women, they are more likely to provide women-friendly services and frame laws to root out inequities in the field of reproductive health.

Unfortunately, such liberal thinking is not without its critics. Education that empowers women by allowing them to question patriarchal impositions on their bodies is still feared and discouraged both in the developed and the developing world. Comprehensive sexuality education, which will allow women to understand their bodies, sexualities, gender identities and desires, is far from being part of mainstream education in schools and colleges. Very often conservative educational institutions perpetuate myths and stigma about sex, pregnancy, contraception and abortion.

It is imperative to recognise that the barriers to safe abortion spring from the same patriarchal elements that spawn barrier to liberal thinking and comprehensive education. It is important to deconstruct these mechanisms in order to empower women to recognise their rights, and exercise them.