HomeBlogAccess and BarriersAbortion Safety: No longer coat hangers and backstreets, but pills, hotlines and collectives? 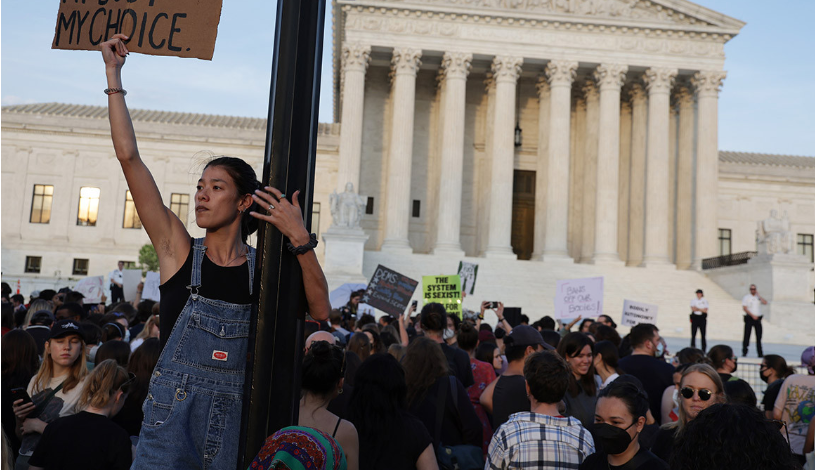 This article was published in July 2022 in the SRHM Journal by Rishita Nandagiri, as part of her ongoing work on theorising safety and risk in abortion and reproduction, some of which has been previously presented at abortion workshops (2018) and seminars (2022). Rishita is also a partner of ASAP as we work together closely for an exciting project, to be launched in 2023.

In early May 2022, the leaked US Supreme Court draft opinion calling for an overturn of Roe v. Wade was swiftly met with an avalanche of anger at the continued attack on abortion and reproductive rights. The leaked opinion galvanised attention on abortion in the United States and globally, sparking and revitalising conversations and fears around abortion access, legality, and safety.

On June 24th, the US Supreme Court overturned it.  This was not unexpected after the leaked opinion, particularly for abortion and SRHR activists who have been battling to protect abortion rights on many fronts, including, more recently, Texas’ SB-8 bill. The official news was met with dismay and despair, especially as some states moved to immediately ban abortion.

In the aftermath of the leaked opinion and after the judgement, I was struck by how many conversations relied on images or frames of the lack of safety, with many recalling the pre-Roe years marked by fear, death, and/or ill-health or evoking coat hangers and “backstreet abortions”.

The coat hanger is a powerful symbol of unsafe abortions and reflective of entrenched gendered, racialised and class inequalities, used to signify the catastrophic impact of abortion restrictions. Abortion restrictions undoubtedly increase barriers to access and exposure to risk, which are disproportionately felt by those made-marginalised due to class, race, ethnicity, sexuality, or other factors. These restrictions affect not just abortion-seekers but can have a chilling effect on providers and the entire “abortion ecology” of support and care-provision.

However, the advent of abortion pills and self-management – especially when supported by feminist collectives, hotlines, accompaniment networks or other constellations of actors –  significantly challenges understandings of abortion safety, the actors involved, and its link with legality. Importantly, much of this challenge has come from feminist networks and collectives in the Global South, pushing us to reconsider these enduring images of “coat hangers” and “backstreet abortions”. Indeed, as many have argued, this is a moment for transnational solidarity and knowledge exchange­– and there is much to learn from abortion and reproductive justice organising in the Global South.

Medical abortion pills and self-managed abortion (SMA) have moved understandings of safety away from a narrow medico-legal understanding (i.e., legalised, in a clinical setting, by an authorised or legally recognised practitioner). Definitions of abortion safety have shifted from a binary understanding of safe/unsafe to a spectrum of risk that accounts for a range of methods, risk profiles and legal settings that affects abortion safety and outcomes. The new WHO guidelines  view safety as tied to quality of care, explicitly accounting for the shifts caused by medical abortion.  Abortion can be effectively self-administered outside a health facility, and service delivery with minimal supervision can significantly improve access (and the privacy, convenience, and acceptability) to abortion without compromising biomedical standards of safety or its effectiveness.

In my ongoing research on abortion safety and trajectories to care, I find that despite the acknowledgement of a broad range of actors and support, locations, and methods (approved or not), theorisations of safety remain largely within medico-legal frames. These current definitions and approaches still fail to adequately account for social and political contexts of abortion seekers’ lives that shape perceptions and experiences of “safety” and “risk”. This is because “safety” and “risk” are also socially constructed, evolving over time and context.

For example, even in contexts where abortion is less legally restrictive like India, abortion stigma may heighten social and reputational risks and rather than risk exposure through seeking abortion via formal settings and abortion seekers instead turn to self-management as a way to enable their need for secrecy. Similarly, in contexts like Chile where abortion access is currently legally restricted, evidence shows that women value secrecy, navigating legal risks in addition to social taboos and fears of social punishment. Age and marital status, especially in contexts where pre-marital sexual activity is proscribed, can also affect how much confidentiality is valued within abortion trajectories to care and the kinds of delays they experience. As these – and many other studies- highlight, safety is socially constructed and prioritised in ways that seek to protect abortion seekers’ social standing and reputation.

The links between legality and safety are further complicated by SMA. In some contexts, SMA falls within a legal grey area – in Texas, USA, for example, murder charges against Lizelle Herrera for self-inducing an abortion were dismissed as self-management did not constitute a criminal act. Apparently reported to authorities by the hospital she attended, Lizelle’s safety was compromised not by her self-management but by a combination of punitive laws around abortion and increased surveillance. The hospital, rather than a “safe” space for healthcare, becomes a site of surveillance and hostility for abortion seekers.

Apart from challenging the idea that all illegal abortions are automatically unsafe, SMA has also raised questions of who carries the burden of risk(s). As governments increasingly enact anti-abortion laws, a range of formal and informal actors (e.g., feminist networks, doulas, accompaniment groups, pharmacists, hotlines, etc.) have organised to provide information and care, sometimes across borders. These actors are increasingly exposed to social and legal risks because of their work on medical abortion, as exemplified by the prosecution of activist Justyna Wydrzy?ska for “aiding an abortion” in Poland where a near-total ban on abortion is in place since 2021.

As feminist activists confront (again) a wave of anti-gender attacks, of which anti-abortion is just one plank; it is important to reckon with how risk and safety are social as much as they are biomedical and legal. These risks (or lack thereof) affect care-seekers and providers in stratified ways, requiring an intersectional approach to abortion and broader reproductive care, one that is located in reproductive justice. This approach centres the needs of care-seekers, expands understandings of what “minimum standards” are for a “safe” abortion environment, and potentially accounts for a broader set of conditions (governing perceptions and accounting of safety and risk) that people experience in seeking and providing abortion care. It allows, then, for a reimagining of abortion itself– one that centres autonomy, agency, and collective care. As we resist continued attacks on bodily autonomies and regressive moves to limit it further, it is these reimaginings of reproduction, justice, safety, and care that we must rebuild and resist with­, where it cannot be coopted and cannot be compromised.