HomeBlogAdvocacyCan Women Think For Themselves ? 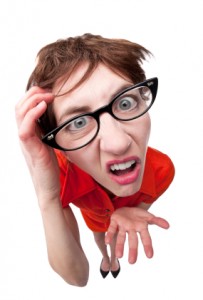 Sexism manifests in many forms, and in one form it infantilizes women and portrays them as beings with not enough mental faculty to make up their own minds. Too harsh of a critic, you think? Just ask the women who want an abortion, but are forced into obligatory waiting periods or mandatory counseling sessions, because the state can’t trust them to have put enough thought into the decision to terminate their pregnancy.

And why does the state think so? Because of the myth that abortion is so against a woman’s nature that she must be making the choice out of frustration and desperation. Right?

Here’s where we need to step into the world of definitions, and make sure we get gender and sex sorted out. Sex is the biological difference between men and women. (We are assuming that sex is binary for the sake of argument). For example, women have wombs, men don’t. Gender on the other hand is a socially constructed identity that defines masculinity and femininity – in other words ascribes roles to men and women in the society, divides labour among them and then holds them responsible for sticking to it.

What is funny is that gender roles can be different around the world even among conservative cultures. For example, the larger Christian world prescribes monogamy for its men, while almost all the other cultures allow men to marry more than once. But interestingly enough,at across the world patriarchal notions assume that women, who harbour the womb, must always want to have children.

In simple words, a woman’s identity in a society arises almost entirely from her womb. This glorifies motherhood, stigmatizes infertility, and demonizes abortion. 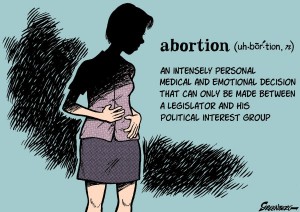 It gets more complicated if you look closely. While motherhood is assigned as a role to women in religion, the close ties between ancient medicine and religion (midwifery, ‘old wives remedies’ later branded as witch craft), almost makes it seem like motherhood is in a woman’s nature, and therefore a manifestation of her biological sex and not simply gender.

And with that we come back to the women forced to rethink their decisions to have an abortion, or forced to undergo counseling. The assumptions here are clear: If you have a womb, you must want to be a mother! So you are probably just too hormonal to think straight!

So, if all this rests in gender and sex you could ask, where the misogyny comes in. Let me explain. Women are adults, but our very paternalistic society, assigns men to do the thinking for them. This infantilizes women and takes away their agency, and their right to bodily autonomy.

But a closer, and more gender-sensitized look at the world around should make something else clear: every pregnancy is not planned nor is it wanted and thus an abortion is a logical consequence for some unwanted pregnancies.

I’d like to expand on this a bit more with our Quote of the Week blog, and with a Woman of the Month Column (which I promise, is going to be very interesting.) But before I close this post, I’d like to tell you what ASAP Chair Dr. SP Choong said at the IWAC 2013 in Bangkok last month, “It is high time we stopped asking women why they want an abortion. That is a personal and very thought our decision. It is our misogyny – this idea that they are lower forms of life – that allows medical professionals to judge them so. We should advocate to ban all waiting periods, and make sure women get access to abortion as soon as they need it.”