Have you ever looked up the term “subversion” on Wikipedia? If not, you should do it now: http://en.wikipedia.org/wiki/Subversion

Subversion is as Wikipedia says, “an attempt to transform the established social order and its structures of power, authority, and hierarchy.” We discussed this term in detail at our  Youth Advocacy Institute in November 2012, encouraging our participants to recognize oppressive social orders and work toward removing these barriers.

But, while subversion could well mean the road to an oppression-free world to some, it is interesting to note how all but one of the six definitions on Wikipedia brim with negative connotations and make subversion sound like a treacherous and potentially dangerous even detrimental act. 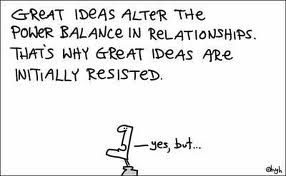 I am somewhat reminded of the popular British show MI-5. Yes, the one about the secret service, where every environmentalist and socialist is portrayed as a maniac threatening the oh-so-vulnerable capitalistic world order, and the elite who benefit from it. Her majesty’s secret service of course works to protect “the world order as we know it” and ruthlessly takes down protesters. (I specifically love how casually they use terms like  “threat to national security” and “terrorist.”).

But as feminists, we represent these protestors: those involved in the traitorous and deceptive act of deconstructing patriarchy.  Conservative and traditional leaders play the role of MI-5 secret service agents, trying to remove conflicts that threaten the “world order as we know it.”

Very often, they resort to emotional arguments. In very conservative societies – be it Louisiana in the U.S, or Iran in the Middle East, or India in South Asia, a woman discovering her independence and individual identity is seen as a threat to “family life.” Family, of course, in this context is not a group of people who respect and support your opinion, but a basic fundamental unit (based on very heteronormative ideas of “men” and “women”), which helps in procreating and furthering the race. 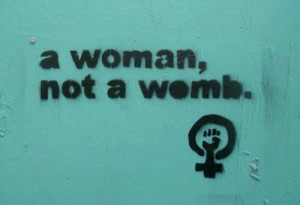 Which is why a woman choosing to terminate her pregnancy has turned into a huge international debate, and is likely to always remain so. Abortion is in itself a form of subversion. It challenges the patriarchal idea of “women as a womb” much more significantly, deliberately and effectively than do several other feminist issues. If a woman can choose not to be a mother, by terminating a pregnancy, then she stands up against any emotional argument that can be leveled at her in the name of “family” or “womanhood.” In some sense, abortion challenges gender roles much better than other arguments do, by placing a woman’s personhood above her biology.

But in making that argument I would not like to trivialize from other feminist debates, which have challenged gender, and class. A great example is James Finn Garner’s extremely funny and interesting work ”Politically Correct Bedtime Stories”, which uses fairy tales to question gender roles and classism! (One of our resources for the Youth Advocacy Institute)

Below is an interesting you-tube version of one of the most interesting plots: Red Riding Hood!

Though several powerful people may perceive subversion as a threat to social order, it is very important for young people to explore this idea, and to question everything that presents a barrier to equality and the decentralization of power. The best way to do this of course, is to make information more easily available so people can be equipped to understand the channels of oppression. Then we can stand together, add our voices to the rebellion and slowly transform existing social orders.

P.S. Don’t get MI-5 wrong. I think in being so blatantly conservative, the show uses sarcasm as a tool to practice subversion. Or am I being too optimistic ?