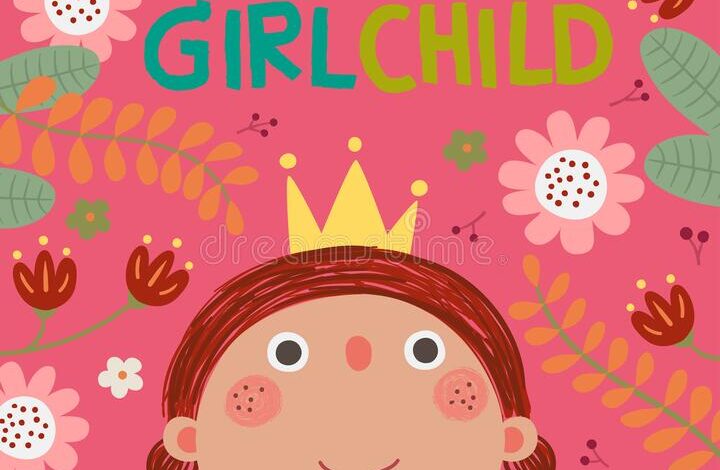 ‘When The Girls Become Women’. By Dr Suchitra Dalvie

Yesterday was the International Day of the Girl Child and my inbox was filled with newsletters and campaigns and promises and pledges for them.

We are all glad for the attention being given to the girl child of course but it makes me wonder what happens when these girl children become women?

What happens to society and policymakers and families and gatekeepers when these girls transition out of being a girl-child into a girl-adult?

Why do we then insist that they hold, on fear of death, the honour of the family in their vaginas and hymens and wombs? Why do we simply shrug when they are raped by husbands who took sacred vows to be their most intimate partner in life? Why do we leave them to be burned and brutalized by their parents-in -law, whether it is for dowry or a male child?

What happens to the freedom and dignity and inspiration we want to offer to the girl child to grow and fulfil her highest potential but then when she grows up we insist that she wear a headscarf or then equally insist she not wear it, and punish her either way?

We bully her into choosing to starve for a ‘beach body’ for the male gaze while millions of her sisters are dying of anaemia and forced starvation because they are expected to eat less and eat last. We shame her for ‘losing’ a husband to an affair because she wasn’t able to hold on to him by staying attractive but we also shame her for retaliating or walking out when the husband is physically or emotionally abusive. We offer tokenistic and symbolic gestures of affection and gratitude, at least occasionally, for the enormous personal sacrifices, emotional labour and physical labour that they put in by becoming mothers–for having children, raising them, running the household, while often also working full time job outside of the home. But then we don’t offer them any financial equality or security in compensation, no pension, no assured medical care, no guarantee that she will not be thrown out of the home she managed and ran for decades because it still carries only the husband’s name on the front door.

The Universal Declaration of Human Rights was passed in 1948 and it was not until the Vienna conference in 1993 that the world was reminded that women’s rights are human rights. We have an longer way to go before that becomes a reality.

As I watched a powerful video yesterday of women protesting in front of the Iran embassy in the
Netherlands, one of them with her hair cut short, megaphone in hand and not a stich of clothing on her body, I remembered so many other women who have finally stripped down to the bare skin because they had nothing left to lose. I remembered the punishment given to Phoolan Devi, the naked mothers in Manipur protesting military rapes, the naked protests by women in Argentina, by Pussy Riot in Russia, by women in Africa, by the Naked Economist in the UK.

But every naked protest also lays bare the stark reality that women are in possession of a human body and hence in possession of human rights. Every piece of clothing we use to cover our ‘private’ parts are linked to sexuality and thence to the fear of the power of the naked body. Oscar Wilde was absolutely right when he said ‘Everything is about sex. Except sex. Sex is about power’. Ever since the connection between sex and sexuality, fertility and paternity was made to private property inheritance, there is nothing more feared across the world in every society than the power of the female body.

Everything that women have been subjected to– ranging from breast tax, foot binding, female genital mutilation, witch hunting, forced and early marriages, stigma of widowhood, shaming for sex work, burning for dowry, beating for having a girl child, glorification of forced motherhood, starving for perfect bodies, covering up every inch of our bodies, forced to never cut hair to stay feminine, forced to shave hair off when widowed, forced into marriages at puberty, controlled financially and socially, restricted from accessing abortion, refusing to criminalize marital rape– every single thing is a way to control and contain and domesticate the sexuality of the female body so that it has one purpose only. To serve the patriarchy and those who have entitlements within in. Whether it is the male gaze or the male sexual pleasure or the male comforts or the male violence or the male line of inheritance.

Despite these traumas and battles that women fight daily on a personal and political level, the struggle continues because really it is like trying to put a lid on a volcano. Eventually the naked truth will be reclaimed. The girl children will grow into woman. Some boy children may also grow to embrace womanhood.
The awareness that women’s equality, autonomy and agency and the right to be able to choose can unleash a power for transformation that will change the world forever is what is at the terrified core of every restriction that has been placed on us throughout history.
It is time for us as a civilization to stand naked, physically, emotionally, intellectually and spiritually and take up the challenge of creating a whole new world, built upon the understanding that all women are human.

That would be the best pledge and promise to every girl child of today. 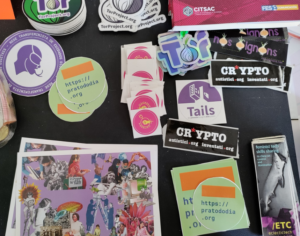 Internet Consciousness: Seeing a Global Phenomenon from the Asian Perspective. By Ayesha Bashir

Women don’t need an instruction manual on how to behave in society. We have it memorized.

Quote Of The Month

Quote Of The Month: Alice Duer Miller’s Subversion In Verse!

Disney and Feminism: At loggerheads?

Quote Of The Month: I Need Feminism Because…

A Space Of My Own: Does Segregation Stop Violence?

Why is sexism such a big deal ?

Yes, Feminists can laugh and make you laugh too!

Word Of The Month: Feminism