HomeBlogASAP Conversations During COVID-19The Idea of Love: A Review of bell hook’s ‘all about love’ by Nandini Mazumder 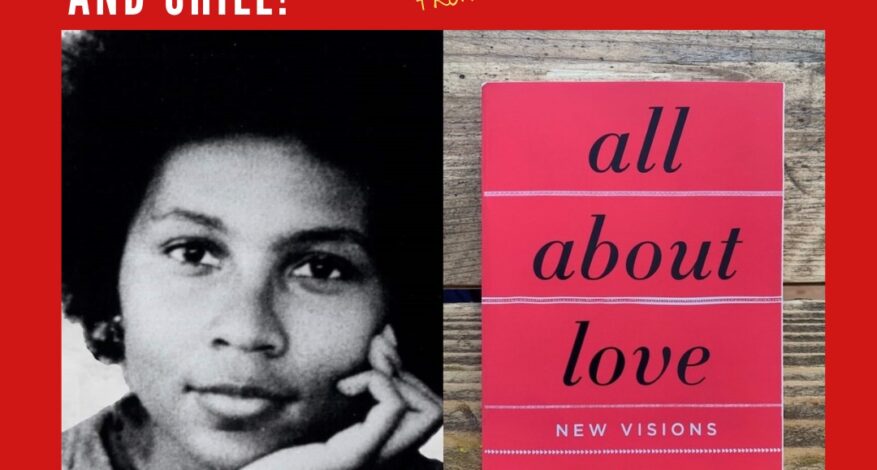 The Idea of Love: A Review of bell hook’s ‘all about love’ by Nandini Mazumder 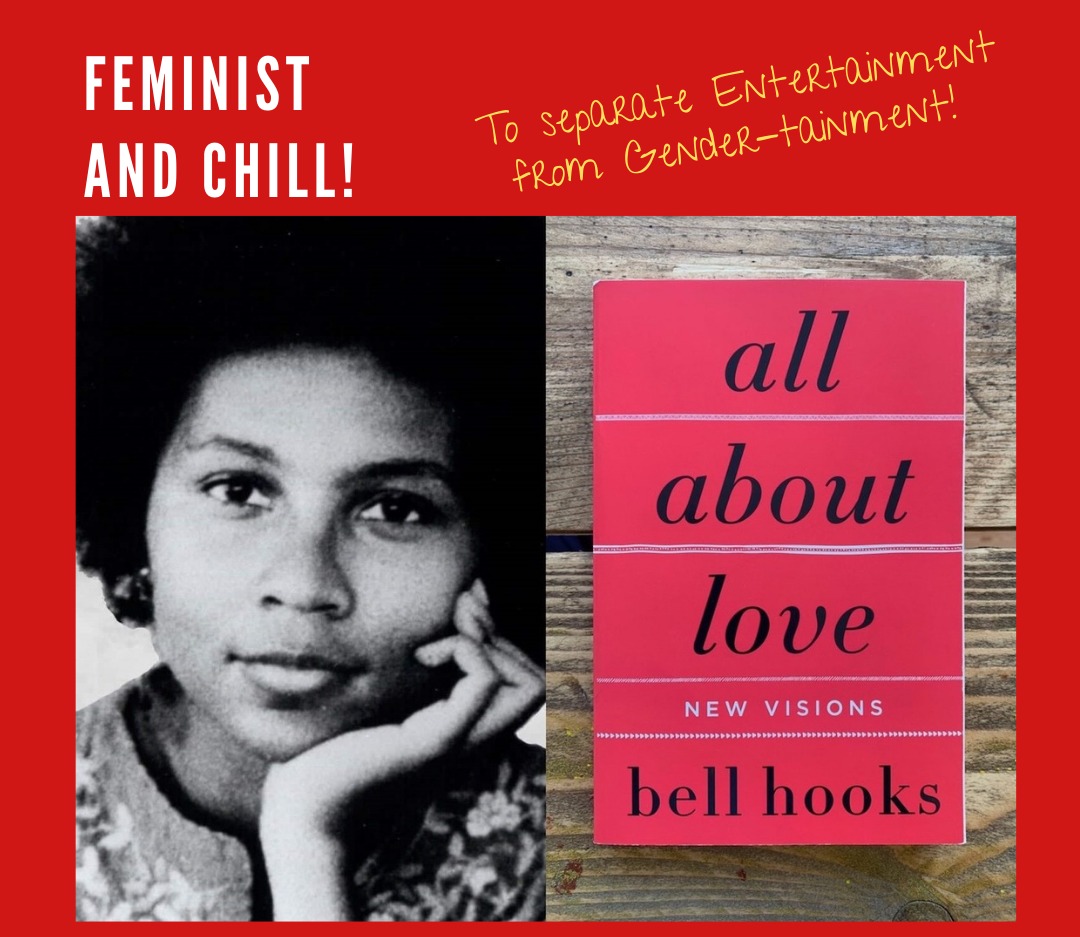 This review is specially to mark Valentine’s Day which falls on 14th February every year and is celebrated as a day of love worldwide thanks to cultural hegemony of the west over the rest of the world.

This day is a bit complex in my context in India where the day has been attacked for ‘spreading western culture’ and ‘shameful things such as romantic love’ between young girls and boys. And even though the day is connected to capitalism and patriarchy as it is all about the ‘right gift to purchase’ and promotes the notion of heteronormative coupling yet it is important to observe a day dedicated to love in an extremely divided and hierarchical society.

In our part of the world where young people are regularly attacked for falling in love and can be murdered for choosing a spouse outside the community. Therefore, no excuse to love is any short of calling for a revolution to shake up the status quo including the much-commercialized Valentine’s Day! And I think the brilliant bell hooks who passed away recently would have agreed with me even though she would have explained how not to celebrate Valentine’s Day and how to actually and truly love. 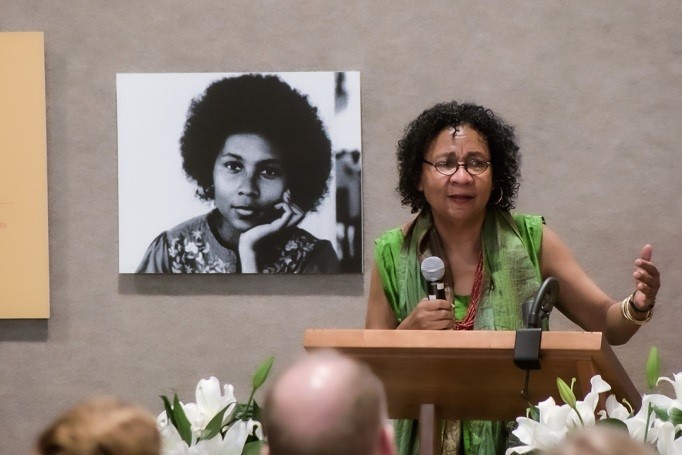 bell hooks’s book, All About Love: New Visions, is about the concept of love and it was a therapeutic read. I strongly recommend the book to anyone who wants to reflect on love, both at a personal and at a political level (because as feminists we know what is personal is also political and vice versa.) I will certainly revisit the book many more times to reflect, understand and absorb its essence which is complex, layered and requires deep introspection.

bell hooks has acknowledged that our world is suffering from lovelessness as there is no collective understanding of the concept of love and we cannot imagine something that we cannot even define. Works of literature or even self-help books often describe love as something ‘mysterious and unobtainable’ for most people. The undefined nature of love is perhaps what adds to its eroticism. However, hooks criticized this vagueness around love and explained that this is a strategy to keep us from finding love, and helping us to accept its absence and coping with the lovelessness in our lives. Through this book she has sought out to define the concept of love and its many stages and steps.

She has explored what love is and what it isn’t and has based her writing on the works of various thinkers, philosophers, therapists and activists such as, Eric Fromm, Martin Luther King Jr. and Sharon Salzberg which is treat for readers as they understand that the book is based on deep research and also gives them references for further readings.

She says love is often mistaken as a feeling but the feeling of connection is not enough. It may be a precursor to love but love is much more than that. Love requires work to find true connection with the self and with others. Therefore, she says love is a ‘verb’ and not a noun as propagated in our mainstream culture. She lays out love as a set of actions, a connection between our words and our actions, as a process and a journey towards our authentic self, and finally a love that extends from the self, to our partners, families, communities and embraces the whole universe within its embrace.

One of the most important things she says about love is that it requires courage to stand up against the status quo and defend our words and values.

This book focuses a lot on childhood which sets the stage for the rest of our lives and how dysfunctional family settings end up raising dysfunctional adults. She reassures that the term ‘dysfunctional’ is not entirely negative but it is an acknowledgement of flaws and inadequacies in our early intimate relationships despite the care and nurturing we received from our parents. The way she explored the love that we received at an early age and which went on to determine the kind of love we will accept and give later on as adults was very profound. Thanks to hooks I could visualize love and some of it resonated given my own interest in the topic particularly in the context of my work and activism.

However, there were bits that I found difficult to process. Such as, the section on honesty – hooks rightly points out that from early childhood we are taught the contradictory notion of ‘honesty is the best policy’ while children learn very early on that honesty is not always rewarded and can even bring negative consequences. Children therefore learn to lie from a very early age and the tendency to lie strengthens over time as they get rewarded for their lies. hooks mentions that we have to recognize these flaws in our childhood and move ahead towards healing, growth, and self-love, which I think is extremely difficult and may take a lifetime for many people especially those without the resources to access therapy and recourses to self-healing.

She says that love is a spiritual journey but not how it is defined by mainstream religion or gurus who emphasizes on the individual or ‘I and me’ rather than with each other and with communities or ‘us and we’. The ultimate goal of love is to connect – with our self, with others around us, with communities and the universe, and towards building a better world for everyone. Therefore, love will also require us to push for radical change which is extremely difficult. For example, hooks mentioned that while most people agree that violence against women is wrong but when they were asked to question and reject underlying patriarchal norms that lead to such violence such as, the notion that men are superior to women and should be treated differently because of their biological differences, most people were not comfortable with the idea of complete rejection of these norms.

She also dives deep into the barriers that keep us from finding true love.

The barriers are present all around us and defines the world we live in – the obsession with power which is prevalent from politics to the home where men hold power given to them by patriarchy and aren’t willing to give up power. She mentioned that a society that is obsessed with power will have people who are disconnected from their true self and therefore, from each other.

Finally, I will end by stating that reading ‘All About Love’ was anything but vague. It is a practical guide to be mindful towards practices and ways of being that will lead us to find our true self with true connections and live a life filled with love.

The book was a revelation to read. It reaffirmed what I already suspected about love – that it is a practice, a commitment we make to ourselves, and to those around us and our world.

The market driven capitalist culture also has shifted our focus from passion of connection to passion for consumerism, and a society which values things more will value people less. She articulates the absence of love or the loveless world in which we live currently due to the unending greed and corruption, obsession with domination and abuse of power which ultimately leads to disconnect and apathy.

And feminism is a tool or a pathway to go towards radical change and building a more just world where love is abounded and everyone is genuinely connected to the self and to each other, a world where we value what really matters, which is all living beings – people and the natural world.

Therefore, the journey of love is extremely challenging but a rewarding one which is necessary to undertake for the self and for the world around us particularly for those of us committed to feminism, and as she says, “to love well is the task in all meaningful relationships, not just romantic bonds.”

As the pandemic has shown us once again the fragility of life, hold on to your loved ones closer and appreciate the love you have, as you also embark on the journey towards a more loving life, relationships and communities.