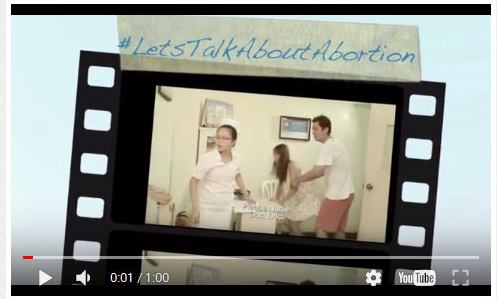 Films and media are a very integral part of human life nowadays and acts as a prism through which we view the larger world around us. It effectively portrays the society we live in and also historically, the society we lived through. To a relatively unquestioning and unsuspecting person, whatever is shared in the media is quite believable and contributes in shaping one’s own understanding and perceptions around the issue, event, person etc. Thus, it is a potent and time-tested tool for mass reach out. Now, if this tool is loaded with positive and unbiased content, it is definitely good but what if it isn’t? I guess it’s not a great revelation.

Among a plethora of suppressed, distorted or goofed up issues, here I choose to talk about abortion. Though a pretty common life experience of women (a good look at authentic research statistics and narratives will back it up), its depiction in films and other forms of media is either in a veil of utter silence or shown mostly in a bad light. A simple search on ‘YouTube’, one of the most popular video sharing platforms, with the word ‘abortion’ will conjure up a mind-boggling variety of mostly ‘anti-choice’ content often with graphic images, which can misinform or repulse the audience. A clear example of how patriarchal systems gags the real facts, stories and experiences of women.

What we need is an affirmative and real depiction of experiences of women’s sufferings when services were illegal, unavailable and/or inaccessible. And conversations about liberating and satisfying experiences when proper services were received.
The hush around the issue of abortion in day-to-day open conversation is both a nasty cause and a perilous effect, which work, in a vicious cycle to reinforce abortion stigma. Indeed slowly scenario is changing and even the UN has declared, ‘denial of abortion is a violation of human rights’. But still we need to cover a lot of ground to establish the truth of ‘normal’, ‘common’, ‘women’s right’. One-way is to share and also create new ‘pro-choice’ media content bringing the issue to limelight. With this aim, ASAP has initiated a virtual film festival, which is showcasing some short films, and video clips which speak about abortion issues for women and girls in Asia. This 28th September, the global day of action for access to safe and legal abortion, let us pledge to work towards ending abortion related stigma and building pro-choice rights based discourse around abortion. Let’s Talk About Abortion!

To know how you can contribute to the campaign download the toolkit!