HomeBlogAccess and BarriersHighs and Lows at The London Family Planning Summit:

Highs and Lows at The London Family Planning Summit: 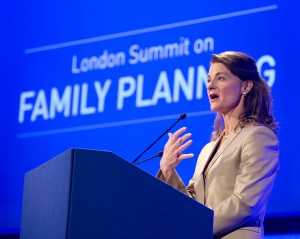 Starting at 2p.m. last afternoon, I watched a live streaming of the London Family Planning Summit from Bangalore, India. On Twitter, several international organizations and individual tweeters joined in to comment on the announcements. There were many reasons to cheer, but also several to groan about.

Below are my lists of the several highs and lows of yesterday’s summit:

5 Key Points From the Summit:

5 Speakers who Stood Out:

There were several great statistics recounted at the summit, but these speakers struck a chord by faithfully keeping the rights based approach at the heart of the discussion, or for discussing key points that might not have been adequately discussed by the agenda.

While the experience was great for me, and my fellow tweeters, we would all love to see these promises translate into action. Hopefully most of them, will.

Right On Time for the Summit – Facts on Family Planning:

Why We Cannot Shy Away From Safe Abortions