About 10 million couples stand to benefit from the change allowing a second child in some families. Demographers, however, do not expect a major baby boom. 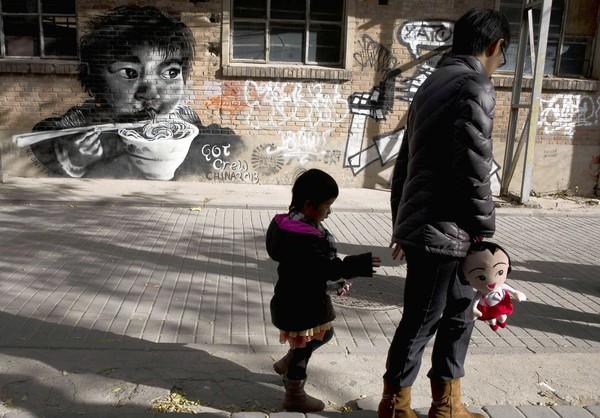 BEIJING — At soon as Luo Yuannan heard about the change in China’s one-child law, she began to calculate when it would be best for her 2 1/2-year-old son to get a baby sister, because, like many modern Chinese women, Luo is pining for a girl.

“I was amazed,” said Luo, 31, who lives in the southern city of Shenzhen. “I always wanted to have a second child and now I will get the chance.”

If things go as planned, a second child for Luo could be part of a baby boomlet for China. The Chinese Communist Partyannounced Friday that, as part of a reform package approved at the third party plenum, it would ease the one-child policy to allow couples in which either partner is an only child to have a second baby.

Demographers believe the change — previously, exceptions were made if both parents were only children — will benefit about 10 million couples, including Luo and her husband. She is an only child, but he has a sibling.

Certainly the stock markets are anticipating the pitter-patter of little consumer feet. On Monday, the first trading day since the announcement Friday night, shares of toy, milk powder and baby goods manufacturers were up sharply. Hailun Piano Co., whose instruments are used by the progeny of Chinese “tiger moms,” saw its shares rise 9.98% both Monday and Tuesday, before it hit the Shenzhen Stock Exchange’s limit of a 10% change in price a day.

Despite the giddiness, demographers are not expecting a full-fledged baby boom, perhaps merely a baby bump.

“Symbolically, it is a turning point, but I don’t think the numbers will be that large,” said Wang Feng, a demographer who teaches at UC Irvine and Shanghai’s Fudan University.

Wang expects the 16 million annual births to increase by 1 million to 2 million. He bases his estimates on pilot programs in Shanghai and nearby Jiangsu province, which found that in cases of couples permitted to have second children, no more than half choose to do so.

“I am so busy with one child, I can’t imagine taking care of two children,” said Feng Zhilan, a 32-year-old saleswoman who was coming out of a Beijing children’s clinic with her son. “And I’m spending about $490 to $655 a month on him for kindergarten, clothes, activities. It is not possible.”

Zhao Mei, 30, who has a 15-month-old daughter, said she and her husband had been planning to have a second child all along but were figuring they would have to save up the money to pay the fines, which run up to $50,000.

“Now it’s legal. This is much better.”

The one-child policy was introduced in 1979 to rein in population growth in a nation that now has 1.3 billion people. Since then the Communist Party has allowed countless exceptions to the rules — for ethnic minorities, for rural couples whose first child is a girl, for couples with a disabled child — and various provinces enforce the policy differently. However, the underlying law has not been substantially amended at the national level for years.

The Chinese birthrate has plunged to 1.18 births per woman, considered too low for the population to replenish itself.

Perhaps no Chinese policy has been as contentious and emotional as the limit on family size.

During a briefing Tuesday on the plenum, a senior Communist Party academic told a mournful anecdote about his daughter’s loneliness growing up as an only child in a Beijing apartment compound with few other children.

“I feel we could have provided her with a better life. That is a regret I hope we will make up in the future,” said Zhang Yansheng, general secretary of the academic committee of the National Development and Reform Commission, the central planning agency. “We came to this moment when the one-child policy had to be adjusted for the economy, society and for the renewal of the Chinese nation.”

Exactly how the change in the policy will be implemented remains vague because local governments have a great deal of autonomy in family planning.

“There’s no nationwide timetable for the implementation of the new second-baby policy. Each province, city or district should make a specific timetable based on local conditions,” Wang Peian, vice minister of the National Health and Family Planning Commission, was quoted as telling the official New China News Agency over the weekend.

But some people aren’t waiting for the fine points. As a microblogger in Chengdu put it in a comment on the popular site Sina.com after the new policy was announced: “Let’s stop trying to interpret the policy. Just turn off the lights.”

This article was first published on the LA Times, and is reposted here. You can contact the author here:  barbara.demick@latimes.com

All guest bloggers are experts in the field of reproductive rights invited by ASAP to write for this blog. If you are interested in contributing please write to us at discussions.asap@gmail.com
View all posts by Guest Blogger →
This entry was posted in Access and Barriers, Archives, Laws and International Conventions. Bookmark the permalink.
Social media & sharing icons powered by UltimatelySocial
%d bloggers like this: