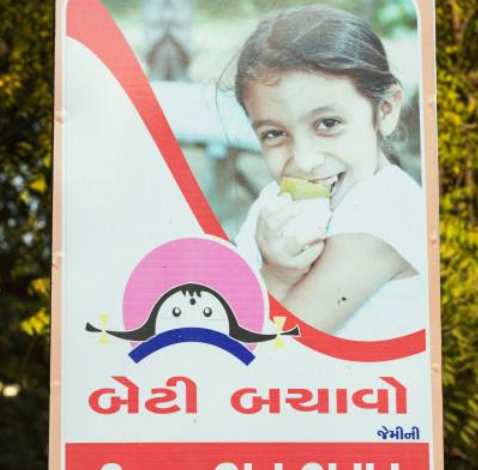 A Wolf in Sheep’s Clothing: Restricting Abortion Access in the Name of Women’s Rights – Dr Dalvie

We need more girls to be born, they say. We need to stop the gendercide that is taking place across the world, they say. For social justice. For women’s rights. For human rights.

This is a compelling argument when taken at face value, and one that is commonly heard in many countries in Asia and among the Asian diaspora elsewhere. But, if we take a moment to examine it more closely, the true nature of the discourse becomes clear. It sounds as though it is for women’s rights but, in reality, it puts restrictions on women using the excuse of sex determination.

If we are to recognize safe abortion as a right for women to terminate an unwanted pregnancy, then we cannot judge whether the reason it is unwanted is acceptable to us or not. This is especially true when people are uncomfortable around what is called a “selective” abortion, whether it is for the sex of the fetus or for a disability.

One could say simplistically that every abortion is in fact a selective abortion! That, because a particular pregnancy is being terminated because it is not wanted, it is being “selected out” of the reproduction cycle for some reason.

But, of course, when we say “selective,” we mean selective for a specific reason. Usually, nowadays it is understood to mean the termination of a pregnancy because of the sex of the fetus. In India, for example, this usually means the selecting out of the female fetus and the choosing of the male fetus to continue.

Both parts of this are important to recognize as selective choices, but the discourse, politics, debates and publicity usually focus only on the abortion that selects out the female fetus. It is this unbalanced approach that has led to the continued failure of various “rescue”

programs and to the increasing use of sex selection as ammunition by antichoice groups.

By portraying one of the “choices” as inherently immoral, cruel, unfair or discriminatory, they hope to tar all abortions with the same brush. Choice is inherently a bad idea, they seem to say, because you cannot trust women and they will choose it all wrong.

Translation: They will choose things that we don’t approve.

It is worth considering if there is ever any true choice? Most “choices” are a direct result of limitations arising from or expectations imposed by a range of conditions, such as personal reasons, family reasons, economic reasons (e.g., potential jobs for women, lack of equal pay, lack of maternity benefits, the cost of education) or state policy (e.g., one-child or two-child family norms, military recruitment).

So why do we allow the discussion to focus on macro-level numbers (i.e., country-specific sex ratios), when we should really be addressing individual rights? Does not the insistence on girl children being born push the burden on individuals while there is no meaningful intervention taking place to eliminate the gender discrimination that leads individuals to make that choice in the first place?

The reality is that “choice” is not really exercised in a vacuum, and the State can (and does) interfere with the reproductive freedom of individuals. If we want to ensure that women and couples do not choose to terminate a female fetus, we need to start addressing the reasons why the girl child is so unwanted.

We need to recognize that, like many other choices, this one is being made for economic reasons. A girl child is simply a financial liability in a patriarchal traditional culture that would not give that girl an equal opportunity in education, employment, earning capacity or support that would allow her to work after having children. Under this reality, the son basically operates as the old-age pension, social security and retirement plan rolled into one, and so the selection to have male children isn’t so much a “choice” after all.

Does not the insistence on girl children being born push the burden on individuals while there is no meaningful intervention taking place to eliminate the gender discrimination that leads individuals to make that choice in the first place?

However, the current rhetoric around the issue argues that, if girls are not born, how will the boys find brides?

It is appalling that such slogans have even been endorsed by government campaigns, thus making it obvious that no one is making the link between sex determination as an expression of gender discrimination and the abysmal status of women.

Once again, it bears repeating that those who find out it is a male fetus and choose to continue with that pregnancy are also selectively choosing a reproductive outcome that is never penalized or even recognized as a selective act.

The entire issue of a country’s sex ratio and its “imbalance” is also something that is accepted at face value and never questioned. There are projections of violence against women, rape and polyandry as a result of these numbers—as though there is no exploitation and abuse in societies with a “good” sex ratio! The underlying argument is also a bit of a threat—“If you don’t have more girl children, don’t blame us for what happens next. We warned you.”

Selective abortions are also undertaken when a fetus is diagnosed with a disability. These are usually considered acceptable because of the recognition that such a child would be a burden to its parents, who should be allowed to choose a better life for themselves. Surely, the same argument is valid for parents of a female child when the sex of the child makes her an economic, social and cultural liability due to existing norms?

So do we work to eliminate the discrimination or the fetus?

These are questions that government and civil society need to consider when planning long-term strategies.

The trajectory of the political movements around safe abortion and sex selection has been messy and counter-productive so far. We need to steer the conversation away from the sex of the fetus and back to women’s rights if we are to ever succeed in ensuring that women’s individual, sexual and reproductive rights are respected, protected and fulfilled.

Using charged words like “gendercide” plays into the dynamic that pits the community against the individual. Are the rights of the individual woman to be surrendered or curtailed for the greater good of the community of “girl children”? The irony, of course, is that each individual “girl child” will eventually become a woman, who will then have her rights curtailed in the name of those who will follow her. This sets a dangerous precedent because, once we allow this argument to succeed for one reason, it will not be long before other equally valid “reasons” will be identified to allow the state to dictate when the rights of individuals need to be sacrificed at the altar of “community rights.”

Once again, the stigmatization of abortion has increased as a result of these campaigns, and women are being forced to find unsafe or exploitatively expensive means to terminate a pregnancy. The etymology of words and phrases like “femicide,” “gendercide” and “gender genocide” creates a pattern that seeks to equate the issue of abortion with other types of killings such as homicide, suicide and genocide. This language is meant to tap into underlying existing negative emotions and beliefs about abortion.

The reality is that women have a role within a patriarchal society because of their reproductive capacities. It is motherhood that locates the woman within the nucleus of the family unit. It is telling that most government-funded programs for women in Asia focus only on their reproductive lives. The act of abortion, and the act of “choosing” that accompanies it, thus challenges deeply held gender norms, and simultaneously questions the very notion of “compulsory motherhood” through which heteropatriarchy is perpetuated.

The implications of global funding mechanisms including Big Donors, Global Gag Rule and Family Planning programs that make abortions invisible also contribute to the environment within which conversations around access and the right to safe abortion becomes even more difficult. 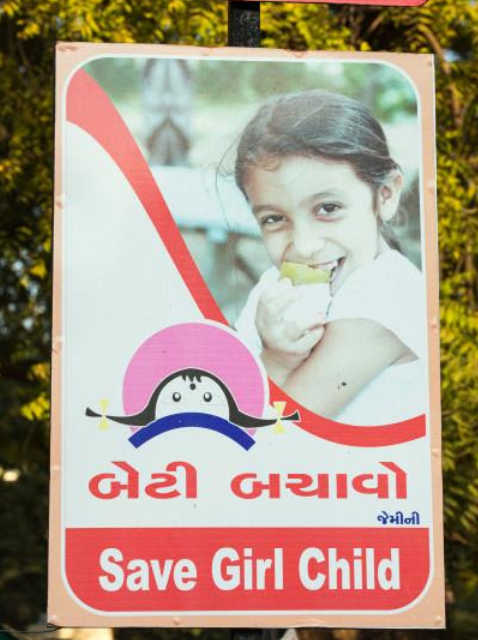 A poster in Ahmedabad, India

As a result of high-profile campaigns and well-funded programs, everyone has become the moral protector of the unborn girl child. (Even as India continues to rank high as a dangerous country for adult women, with a rape being reported every two minutes, and many women still dying due to unsafe abortions and widespread violence perpetrated by intimate partners.)

In many places, pharmacists now refuse to stock or sell morning-after pills for fear of harassment. Doctors turn detectives and refuse women who seek 2nd trimester abortions—suspicious that the abortion follows the results of prenatal sex determination—and civil society turns vigilante, undertaking sting operations that use pregnant women as decoys to flush out suspects.

As a result, it has become even more difficult to get a “regular” abortion from a qualified and registered doctor, thus turning women towards more-unsafe options.

Speaking to the UN General Assembly in October 2011, the UN Special Rapporteur for Health, Anand Grover, made an urgent call to all governments to completely decriminalize abortion. “Criminal laws penalizing and restricting induced abortion are the paradigmatic examples of impermissible barriers to the realization of women’s right to health and must be eliminated. These laws infringe women’s dignity and autonomy by severely restricting decision making by women in respect of their sexual and reproductive health.”

The divisive politics of the anti-sex selection movement have managed to split the women’s rights movement in many places, have diverted scarce resources and energies towards defending selective abortions and have distracted from the reality of ever-expanding antichoice groups. We need to focus on what we really want and deal decisively with such collateral and emerging issues.

We need to place safe abortion within the spectrum of sexual and reproductive health and rights, and advocate for decriminalization, legalization and accurate information on the availability of abortion.

We need to shift the conversation from prochoice to pro-rights, since no choice exists in a vacuum.

We need to question whether laws preventing sex determination and punishing those involved push the decision burden on individuals, while not addressing the root causes of gender discrimination.

We need to invest in gender sensitization and rights-based training for healthcare providers, in the pre-service years and beyond.

We need to regroup and consolidate our understanding across the movement in order to work towards what must remain the only common goal—that women should have the right to choose to terminate an unwanted pregnancy.

Regardless of why it is unwanted to that particular woman.