Philomena: Thoughts On What Wasn’t Said 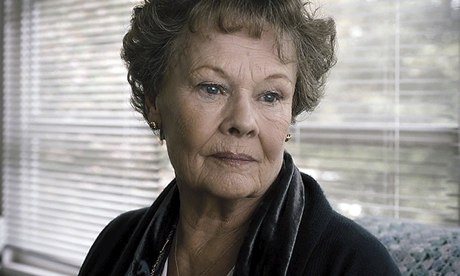 Nominated for four awards at the Oscars, and a whole host of others Philomena is a very moving film based on a true story about the daily sorrow of an older woman who was forcibly separated from her child born out of wedlock and being looked after by the Church in Ireland. She has spent her entire life (she was a teenager when this happened and is now shown to be a grandmother) wondering if her son ever thought of her, whether he was alive or dead, who he had become and where he was.

DO watch it. It is a kind of offshoot to the Magdalene Laundries and has a brilliant performance by Judi Dench, as is to be expected. The movie sharply critiques the role of the nuns and the Church and also manages to bring in the element of class differences.

Philomena‘s religion and gender critique go hand-in-hand. Religion judges and punishes young women (some as young as 14) for giving in to “carnal” desires that they haven’t been educated about to even understand the potential consequences. The film also highlights forced labor along with constant recriminations to show how religious forces incite fear, shame, and blame that Philomena and countless others carry for over 50 years. Philomena experiences a particular guilt because she enjoyed the sexual encounter that led to her pregnancy.

The church teaches that female bodies and female pleasure are sinful, and many of the nuns are revealed to be bitter and vengeful, a perfect example of patriarchy-complicit female figures of authority. There is no discussion of the culpability of the male cohorts whose sperm was a necessary part of the baby-making equation.

Sound familiar? The religious right continues this mentality with its abstinence-only education while heaping stigma galore onto young women who become trapped in pregnancy, insisting that the female body is a breeding ground for impurity and that all the fault lies within the woman, who is, in many cases, forced to suffer all the consequences.

However, what I found to be glaringly missing from this film, which has many moments of liberal thinking voiced by the journalist who is helping her, is that there is never a mention of the boy who made her pregnant and there is never, in an entire film centered around an unwanted pregnancy and the stigma, shame and sorrow that results, a single sentence about the possibility that an abortion could have made things so very different. Agreed, that this is based on the life of a devout Catholic woman who grew up in the 40s, but at one point she reminisces about that one day of sex and says it was the most wonderful feeling, she felt as if she were flying. At one moment of confrontation the journalist says he will never forgive the nuns, but no one EVER speaks of contraception, sex education and abortions.

The Asia Safe Abortion Partnership is a regional network that promotes and advances women's reproductive and sexual rights across Asia. We are a prochoice network that works for women's right to safe abortion across the region.
View all posts by Asia Safe Abortion Partnership →
This entry was posted in New / Social Media, Pro-Choice Discussions and tagged Philomena. Bookmark the permalink.
Social media & sharing icons powered by UltimatelySocial
%d bloggers like this: