When George Orwell penned his famous dystopia 1984, his invisible character Big Brother not only became one of literature’s most feared villains, but also a symbol of autocracy and dictatorship.

What is most frightening about Orwell’s novel is the reader is aware that Big Brother need not be entirely fictional. We do encounter forces that practice such autocracy in our daily lives, while promising us at the same time that this appropriation of control is for our own good. For women, patriarchy is one such force. 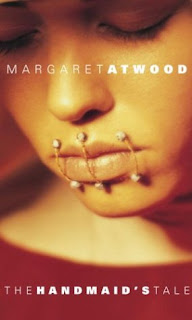 Another book in that genre is Margaret Atwood’s novel The Handmaid’s Tale, where a totalitarian Christian theocracy takes over the USA and renames it Gilead with a promise to make it an upright country. The result: women lose all control over their bodies. Wives are banned from working, and are asked to treat their duties at home as their divine calling. Fertile women are used as vessels for bringing new life on earth, while abortion is made a criminal offense punishable by death. Sexual exploration is also banned, and feminists are hung in broad daylight in order to frighten all women into complicity. What is even more frightening is Atwood’s admission that she did not create Gilead from her imagination, but simply compiled news articles from around the world to conjure this extreme patriarchal force.

What stands out in both these novels is the element of subversion. As the regime tightens its fists, news of subversive movements working to topple the ruling powers surface. In both novels that subversive force is very feminist in that it offers to decentralize control and respects the need for diverse opinions. While in 1984, the counter-movement remains a mystery until the very end, Handmaid’s Tale sheds light on the multiple ways in which this silent force scores small but valuable victories.

In an interview that followed the release of this novel, the author Margaret Atwood, said,

“I was once a graduate student in Victorian Literature, and I believe as the Victorian novelists did that a novel isn’t simply a vehicle for private expression but that it also exists for social examination. I firmly believe this.”

Several authors stand by her views as many works of fiction and non-fiction will show.  Many of these works also illustrate the use of one’s personal life as the weapon of protest. In 1984, Orwell’s protagonist Wilbur sees his relationship with his girlfriend as not only an act of love but also of defiance. He writes,

“But you could not have pure love or pure lust nowadays. No emotion was pure, because everything was mixed up with fear and hatred. Their embrace had been a battle, the climax a victory. It was a blow struck against the Party. It was a political act.”

Read Margaret Atwood’s own reflections on her riveting book, here on the Guardian.

Handmaid’s Tale explores the boundaries between the personal and the political more subtly, allowing the reader to understand the role that choice plays in a woman’s life. The protagonist June’s love for her five-year old child is undiminished even as she struggles against the repulsion she feels for the pregnancy that could be forced on her. She treads the lines between obedience and defiance very carefully, afraid of getting caught while all at once expressing her absolute admiration for those who are bolder than her, and more willing to protest the autocratic regime. Her best friend Moira stands out for being able to take these risks and willingly suffering the consequences of disobedience.

In real life, these forces are not as concentrated or as potent as portrayed in these novels. But these books certainly make a strong case for the need to disobey rules that forced onto us against our own wills and to unleash our inner Wilbur or Moira. They don’t make for light reading, and yet I would recommend them as the two most compulsive books I’ve read on subversion and its power against forces that crush autonomy. If you have wondered if your own acts of defiance will ever count for something, these are two books that you must read.

Shweta Krishnan was the Communication and Networking Officer For the Asia Safe Abortion Partnership between June 2012 and March 2014. She is a feminist writer with a background in medicine, and has a strong commitment to promoting sexual and reproductive rights for all.
View all posts by Shweta Krishnan →
This entry was posted in Abortion As Subversion, Archives, Ideologies and tagged literature, patriarchy, subversion. Bookmark the permalink.
Social media & sharing icons powered by UltimatelySocial
%d bloggers like this: