Teen Pregnancy Rate Remains High Due To Lack Of Contraception

This article was first published on VNS. Click here for the original article.

More than a third of young Vietnamese still lack access to the contraception they need, as a result, the rates of unwanted pregnancies and unsafe abortions are still high amongst young girls. The information was shared in the State of World Population 2013 report, released yesterday in Ha Noi by the United Nations Population Fund (UNFPA) in collaboration with the Centre for the Central Youth and Adolescents. 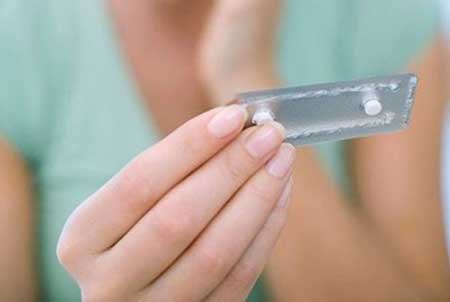 The report, entitled “Motherhood in childhood: facing the challenge of adolescent pregnancy,” places particular emphasis on the girls who are at double risk of maternal death and obstetric fistula when their bodies are not yet ready to bear a child. In Viet Nam, according to the latest national data, the unmet need for contraceptives is still 35.4 per cent amongst young people aged 15-19 and 34.6 per cent of young people aged 20-24 years. Reports of reproductive health centres in 63 provinces and cities across the country last year showed that the rate of adolescents becoming pregnant made up 3.2 per cent of the total pregnancy rate for women, an increase by 0.1 per cent compared with 2011. Adolescent abortions made up about 5 per cent of the total abortion rate during the past few years, according to the National Hospital for Obstetrics and Gynaecology.

Deputy director of the Ministry of Health’s Maternal and Child Health Department Nguyen Duc Vinh said that preventing adolescent pregnancy in the country met a lot of obstacles due to the shortage of awareness, knowledge, services and funds. “Families, schools and the community have not paid enough attention to reproductive health care for adolescents,” he said. The network of reproductive health care services are limited in the country, especially in remote mountainous and rural areas.

Vinh said that the Ministry of Education and Training had been editing a national plan on teaching reproductive health and HIV/AIDS prevention in education universities, whereas the Ministry of Home Affairs had set up a curriculum on living skills. In the next phase the curriculum will be taught as a compulsory subject at universities. Vinh called for international organizations to continue giving financial and technical support to the country to help adolescents access the contraceptives they need. He also proposed the National Assembly to amend the Law on Youth by adding regulations on adolescents’ rights and responsibilities in sex and reproductive health care.

Arthur Erken, UNFPA Representative in Viet Nam, said that working in partnership with young people was an essential component of any successful youth sex and reproductive health programme.”We need to make sure that the voice of young people, especially those who are the most vulnerable, is heard in the policy agenda now and in the future,” he said. “Investing in adolescents’ and young people’s health will lay a firm foundation for their transition to adulthood and will contribute to the continued socio-economic growth and sustainable development of Viet Nam,” he said.

Shweta Krishnan was the Communication and Networking Officer For the Asia Safe Abortion Partnership between June 2012 and March 2014. She is a feminist writer with a background in medicine, and has a strong commitment to promoting sexual and reproductive rights for all.
View all posts by Shweta Krishnan →
This entry was posted in Access and Barriers, Access For Young People and tagged teenage pregnancy, unsafe abortion, vietnam. Bookmark the permalink.
Social media & sharing icons powered by UltimatelySocial
%d bloggers like this: